When we try to change our sleep pattern or quit smoking, we come to realize how powerful habits are. Habits seem to be part of who we are; they are essentially patterns of behaviors that are built in to our brains like someone who used to wake up every morning, drink a cup of coffee and light a cigarette.

Anything we do is governed by the impulses travelling across synapses, which guide communication in our brains; when we repeat any behavior enough, the synaptic pathways related to that behavior get used to it. Consequently, impulses travel easier among these pathways and this behavior becomes “natural”.

In other words, “wake up, drink coffee, light a cigarette” in such order becomes instinctive; doing one thing triggers the next. Thus, if someone tells you that you can break or form a habit in three weeks, it is natural to have suspicions and you would ask yourself why three weeks in particular?

No one is quite sure where the 21- day rule comes from, but it seems it is first mentioned in a self- help book in the 1970s, which says you can break or create a behavior pattern in 21 days.

This theory is supported by empirical evidence based on experience; however it has been backed up and caught on. A question may arise “Does it work for everyone?” Actually, it is easier to make a habit than to break one; if a behavior is repeated often enough, the synaptic pathways will get worn in because human brain is very adaptive.

But who knows if the 21- day rule can be taken for everyone because each has a different brain, and forming a habit also depends on the different aspects of personality and experience. 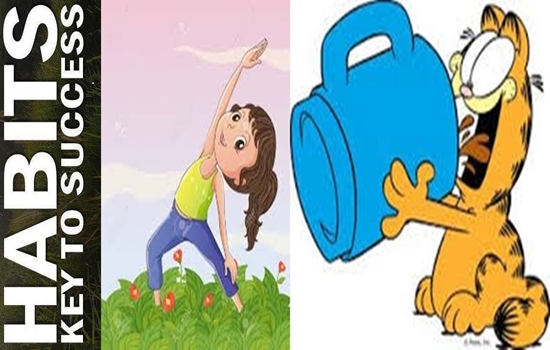 WHY DATES SHOULD BE PART OF YOUR DIET

7 Reasons Why You Should Eat Eggs Daily

DO YOU KNOW YOU CAN EARN SERIOUS MONEY THROUGH WORK-FROM-HOME JOBS?