Thousands of cases dying from electrocution are reported annually. For that reason, a person must take careful precautions while dealing with electronic devices. It’s very important to read the manual before handling electronics, as well as checking for incorrect insulations and loose wires. Overlooking such important precautions may lead to an electric shock with grave complications. Some of which are mentioned below:

Neurological Problems : An electric shock can certainly interfere with our nervous system and is capable of affecting the heart and the lungs. An electric shock near the head causes an immediate loss of conscious. Repetitive shocks are associated with neuropathy and in severe cases, death.

Effect on the Chest : The chest is a very sensitive area. An electric shock as small as 50 or 60 Hz has many effects including ventricular fibrillation that’s when left untreated can be deadly.

Kidney problems : The kidney is another organ that is affected by electric shocks. An electric shock causes electrolyte and fluid imbalance caused by a drop in blood pressure which leads to the release of myoglobin resulting in kidney failure.

Burns : Low voltage electric shocks can leave you with superficial burns. Internal burns that affect organs causing organ failure are caused by higher voltage shocks. These are difficult to treat and can be deadly.

Other Effects : Electric shock causes severe muscle contractions. Such contractions can affect the joints and result in dislocations, fractures and loss of consciousness. Moreover, a cardiac collapse may result from the paralysis of the respiratory system. 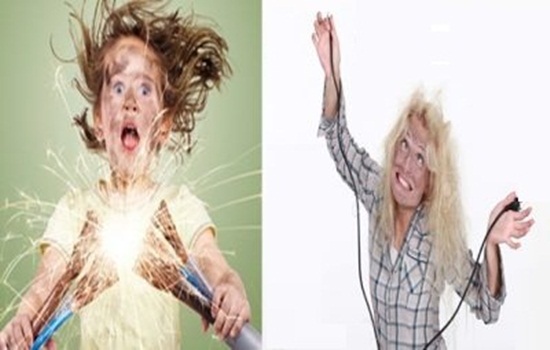 How to Put an End to Excessive Gas

The Hazardous Physical and Mental Impacts of Commute

Great benefits of some spices

How Dangerous Is a Urinary Tract Infection

This Is Why You Should Start Including Sprouts To Your Diet.