ADHD, short for Attention Deficit Hyperactivity Disorder, is a mental disorder commonly linked to children and can easily be noticed on them, but there are a lot of adults who are unaware that they are suffering from it. Most of the adults don’t know that their inability to be prompt or their nature of being unorganized might have to do with them having ADHD. In this article, it will be easier to tell whether you have adult ADHD or not. Here are 10 warning signs you might have ADHD:

Adults with ADHD usually find difficulty in initiating a task, and procrastinate it to the last minute. They often delay tasks that involve a lot of effort and attention. This becomes a serious issue that can cause trouble in their careers and human relations.

That’s basically what ADHD stands for. You might catch yourself looking out the window or checking your notifications when you know you’re supposed to be working. You get distracted by the simplest matters and get easily bored. People with short attention spans are always preoccupied with doing anything but their given tasks.

Individuals with ADHD often find trouble in staying organized. They leave their paperwork and belongings all over the place. The stress caused by the responsibilities that adults have to put up with makes them more unsystematic and disorganized than children who suffer from ADHD.

If you tend to drift off in your head during an important meeting, or when your friend is pouring their heart out to you and you are totally unaware of the present reality facing you then chances are you have ADHD. The terrible listening skills that these people suffer from make them miss out on great opportunities and cause a lot of misinterpretations.

Whether it is because of the misunderstanding caused by poor listening skills, the easily distracted head, or the unorganized nature, ADHD patients find difficulty in relationships. While it may not be the main reason why a marriage isn’t successful, ADHD plays an important role in sabotaging relationships. For example, a wife might complain that her husband, who suffers from ADHD, never listens to her and is always forgetful and unappreciative.

Similar to their messy way of life, those with ADHD find trouble in organizing their priorities. They can waste time doing something completely trivial instead of a big meeting they have or a task with a deadline. This causes them to miss out on a lot or be crammed up in doing what’s really important in so little time.

Their failure to stay attentive and focused while doing anything that lasts for a while makes awful drivers out of ADHD people. They’re more inclined to speed and involve in numerous car accidents because it’s difficult for them to be patient and cautious when dealing with traffic.

People with ADHD tend to be very restless and have trouble sitting still or doing nothing. Unlike children, who deal with this feeling by jumping, playing and moving around, ADHD makes it difficult for adults to relax and causes them to be uptight and anxious.

ADHD makes it harder for people to control their feelings, and that results to a lot of mood swings in little time. They can have an angry outbreak over the simplest matters and get over it before the people around them have grasped what had just happened.

People who suffer from ADHD have difficulty in estimating the time it’ll take to finish a task correctly. This causes them to be late on appointments because they haven’t measured the time it takes to get there or what obstacles might get in the way. 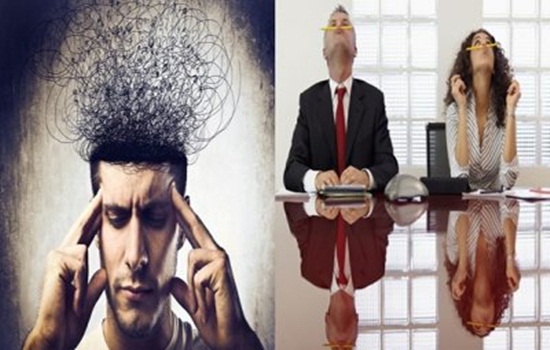 7 Astonishing Benefits of Adding Celery to Your Diet

5 Reasons for Dehydration You Never Knew

INSIGHT INTO EMOTIONAL EATING & HOW TO QUIT IT

How To Make Cauliflower Rice And Why

HOW CAN YOUR MORNING RITUALS CHANGE YOUR LIFE?