So maybe the title gave away the fact that I don’t exactly “favor” alcohol drinking. What is to like about making an ass of yourself and giving your poor liver much more work than what it could do? And people seem to believe the most ridiculous myths about drinking alcohol, and how it can be alright in certain cases.

1- Drinking a certain amount of alcohol makes you an alcoholic. Tolerance for alcohol and how long drinking it can make you addicted to it is different from one person to another. So, it is not really easy to determine whether you are addicted to alcohol or not.

2- To get rid of hangovers, get a shower, some caffeine, some greasy food or lots of water. Drinking alcohol in large amounts can cause severe dehydration. As a result, you go through hangovers which are sort of big warning sign from your body that says, “your vital organs are being stripped of precious water”.

3- Different types of alcohol have different effect on you. In layman terms, some types of alcohol don’t make you much of an ass as others, which is a total load of bull! All alcohols drain your body’s water, destroy your liver, and give you hangover as well.

4- If you urinate before drinking yourself into oblivion, maybe you won’t wet yourself. NOT! Our bodies produce a substance that controls extracting urine. By consuming large quantities of alcohol, you obstruct the production of this substance and might very well end up wetting yourself. 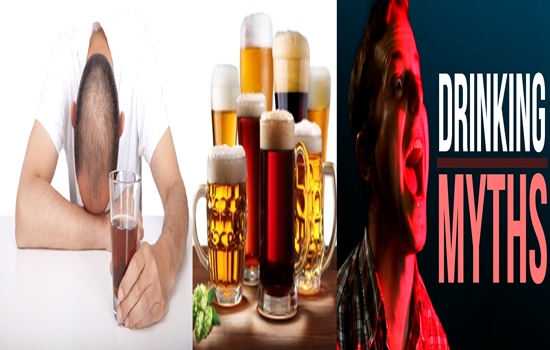 The 5 Genuine Reasons Why Every Girl Loves Wearing Makeup

Stupid but common mistakes women do while dieting

How to Choose a Comfortable Bra That Complments Your Looks

What Is Nitrates And Why It Is Beneficial

THE UNCONQUERABLE PROBLEMS THAT NO MARRIAGE CAN SURVIVE