It is never pleasant or easy to be around a control freak, be it an older sister who wants everything done her way or a bossy friend. At times you cannot escape the person and you need to learn how to cope so as not to end up pulling your hair out.

Dealing with a control freak requires staying calm and avoiding the situation when you can. People who have control tendency seek to control others; they are terrified of failure and worried about not being respected.

They distrust the ability of others to do what they ask of them; a control freak cannot trust anyone to do a better job than they will. The control freak likes to appear as the sole authority figure whether or not they grasp the facts. Their core qualities include a need to criticize, a lack of trust in others, a liking for power and a sense of superiority.

They feel they do not need to spend time with others or show respect for them, and they feel they deserve things that other people do not deserve. Sometimes, the controlling person needs professional help, as their tendency to control goes beyond an annoying personality trait.

However, it is difficult to get someone who likes to be in control to accept their need for help. Most controlling and bossy people refuse to believe there is something wrong about them, and they prefer to blame others for their issues. Additionally, you may not be able to suggest seeking professional help, if the person is your boss or an older adult in your family. 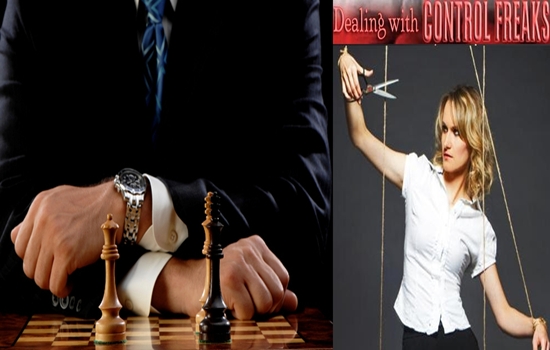 Wonderful Tips for Boosting Self Esteem

Stop an Annoying Ex in his Tracks with These Tips

Wonderful Tips for Boosting Self Esteem

Stop an Annoying Ex in his Tracks with These Tips

DO YOU KNOW THE HEALTH BENEFITS OF BASIL?

New Study, Seafood Can Protect You From Alzheimer’s Disease And Dementia

SOME TIPS TO HELP YOU ACCEPT REJECTION

SMALL THINGS ON WHICH PEOPLE JUDGE YOUR PERSONALITY

WHAT PRODUCTIVE PEOPLE USED TO DO BEFORE BED

MORE TIPS ON HOW TO MAKE MONEY ONLINE