Instead of saying no to a new experience, start saying yes more often. Yes scenario could lead to unexpected, new things. If saying yes gets you a little hurt, at least you have gone through a new experience and you can recover. It is enough to think of yourself as an outgoing and positive person who is able to try new things.

Say a friend of yours proposed that you would join their band, your response more likely would be “no way, I do not have the time and I do not think of myself as a musician”. Doing this, you have already denied any exploration into the idea and shut yourself down.

You could embrace the idea and get an interesting experience, so say yes and see where this can take you. If you notice that your friends are highly critical, you better seek less judgmental friends.

Having negative friends means you are surrounded by negativity and you are absorbing its effects. When your friend criticizes the hairstyle of someone else and you happen to like that hairstyle, you would feel mistaken and lose confidence in your opinion.

You also should be less judgmental; trying to put others down will not raise you up. Every time you knock someone down, you are actually knocking yourself down too because you can be criticizing a quality you possess. When someone is doing something differently, it does not automatically make them wrong. It could be your cultural background or the way you were raised that makes you think so.

Try doing things that excite you more often; visit new places and talk to new people. The more exciting experiences you get, the more likely you become excited instead of being scared of new people and new things. 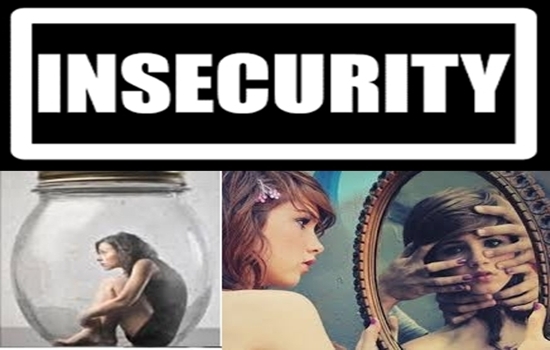 MORE TIPS ON HOW TO MANAGE YOUR DRY HAIR, PART II

Sleep Better and Get Rid of Insomnia with These Tips

MORE TIPS ON HOW TO MANAGE YOUR DRY HAIR, PART II

Sleep Better and Get Rid of Insomnia with These Tips

MORE ABOUT THE TOP PITFALLS TO WEIGHT LOSS, PART II

MORE ABOUT THE TOP CAUSES OF DRY SKIN, PART II

FOR BETTER COGNITIVE FUNCTION, YOU SHOULD BE EATING THESE BRAIN BOOSTING FOODS

TRUST YOURSELF, STOP LOOKING OUTSIDE FOR ANSWERS

5 Things That Annoy Women Most When They Lose Weight

What Vitamins And Minerals Your Hair Need To Grow Long

Sure Ways To Burn Stubborn Belly Fat For Women

What Is The Reason For Nipple Pain