What are these risks?
Contour irregularities: Your skin might appear bumpy, wavy or withered due to uneven fat removal. These changes might be permanent. Besides, the liposuction canula might damage the tissue under the skin and give the skin a permanent spotted appearance.
Seromas: A seroma is a collection of fluid from the blood that has pooled at the liposuction site. This fluid might need to be drained with a needle.

Burns: During suction, the ultrasound probe that is used to liquefy fat or tighten skin may become very hot and can cause burns.
Infection: Skin infections are rare but possible. Some physicians prescribe antibiotics to all patients before or after liposuction to help prevent infection and to keep the wounds clean. (A severe skin infection might be life-threatening.)

Toxicity from Anesthesia: Lidocaine, an anesthetic that used to numb tissue in a specific area, is frequently used as a local anesthetic during liposuction. Overdoses with lidocaine may cause the heart to stop.

Several studies estimated how often patients undergoing liposuction die during the procedure or as a result of it, but all are just estimates.

Those risks could be associated with any other surgery, but liposuction should be done only by surgeons who are specifically trained to do liposuction and in how to deal with any emergency problem that may occur during the surgery. 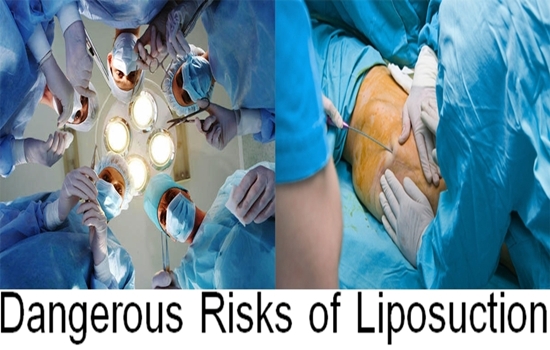 7 Foods That Can Give You Nice Hair

Crazy Myths about Food you thought to be true

Reasons why you shouldn’t drink cola

Lose Fat and Drop Pounds Easily and Quickly with These Tips

How to Make Greek Yogurt at Home in 7 Steps

Make Your Hands Gorgeous with These 5 Tips

How to Stop a Nosebleed Quickly