, It is known that antibiotics have unwanted side effects such as disrupting the friendly microbes in the gut, but recently we discovered that long- term antibiotic use could have far- more consequences than we think. We cannot deny the importance of antibiotics to eliminate life- threating infections; however they can cause adverse side effects.

Antibiotic overuse is linked to many problems that affect the immune system, glucose metabolism, food digestion, and it is also suspected to be associated with stress and obesity. Antibiotics are widely used for children, and we should pay attention to that in order not to harm our children for the long run.

A new study reveals that antibiotics destroy intestinal epithelium cells that help absorb essential nutrients, glucose and water into the bloodstream. The intestinal epithelium acts also as a barrier between the huge colonies of bacteria living in the gut and the rest of the body. Furthermore, it is discovered that antibiotics affect the gene responsible for communication between gut and host bacteria, which can result in several seemingly unrelated problems such as diarrhea, sepsis, allergies and asthma.

The researchers also found that the bacteria that developed resistance to antibiotics can cause major changes to mitochondria, which are important to convert food into energy, and they play an important role in growth and cell signaling, and thus they need to function properly.

Frequently, travelers experience diarrhea in their trips and most of them take antibiotics to get better fast, but actually they put themselves and others at risk because they increase the chance of developing drug- resistant bacteria. As a matter of fact, using antibiotics is unnecessary because diarrhea in most cases is mild.

It is reported that about 20% of such travelers return to their countries colonized by resistant bacteria. Therefore, recent studies suggest boosting the healthy bacteria rather than killing the bad one with antibiotics, given their unwanted side effects. 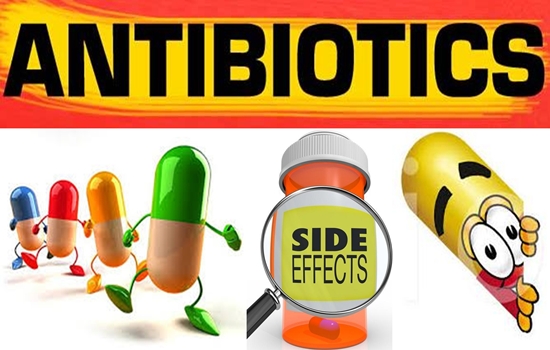 7 Unpleasant Side Effects of Acupuncture You Need to Know

7 Unpleasant Side Effects of Acupuncture You Need to Know

TIPS ON HOW TO DEAL WITH YOUR STUBBORN CHILD

10 Executable Steps for a Healthier You in 2015

Apply this homemade paste for 14 days for whiter teeth!

How to Prevent Eye Redness

How Do You Protect Your Eyes

Eat More Of This And You Will Lose Weight Faster

Foods That Wake You Up Better Than Coffee

4 Healthy and curative benefits of eggs