Experts advice to combat these annoying side effects of the winter through exercising, especially exercises that are performed outdoors like running, jogging or brisk walking.

Here’s why exercising outdoors during the winter is the best way to avoid weight gain and seasonal depression.

1- It Is The Best Season to Run Outdoors.

The lack of exposure to sunlight during the winter months as well as the cold weather can all lead to seasonal depression. Running outdoors is a great way to fight this phenomenon, when you practice this physical activity, your body will secrete more serotonin to give you a boost in your mood, besides the energy boost you will get after the run that will keep you energized and warm the whole day.

During the winter, the metabolic rate of the body tends to decline a bit which causes a drop in the energy levels in the body, running in the morning can kick start your metabolism and fool your body to burn more calories and provide higher energy levels.

Note: Avoid warming up indoors then going for a jog or a run outdoors because the significant change in the weather could contract your muscles, instead start with a regular walk then start to increase the pace of your speed regularly. 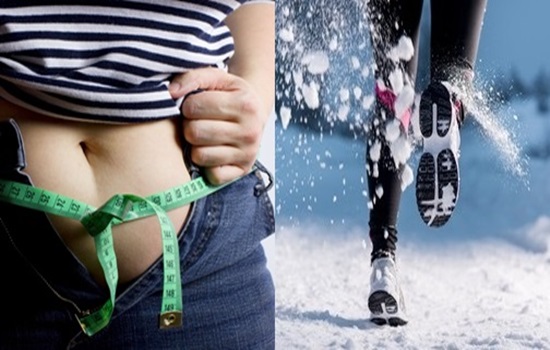 What can you do to protect your skin in winter?

Great hacks for staying healthy in the winter

Tips for Boosting Immunity in Preparation for Winter

What can you do to protect your skin in winter?

Great hacks for staying healthy in the winter

Tips for Boosting Immunity in Preparation for Winter

Five Tips To Make Your Fragrant Lasts All Day

The Top 4 Things That Make Your Diet and Workout Worthless

4 Reasons Why You Should Add Carrots To Your Diet Today

Top 7 Fruits That Melt Fat Away

The Secret To Successful Weight Loss Without Exercising

7 Healthy Fat Sources That Can Balance Your Diet

Double your weight loss taking one teaspoon of this miracle ingredient daily!