Coffee is the most popular beverage in The world. Most of us like to start our day with a lovely jolt of caffeine to get the needed boost and wake up properly. Some people don’t have any problem enjoying their coffee while others are always conscious, indeed coffee does have several side effects on your health that only start to happen if coffee becomes an essential part of your daily life and you find it too difficult to go a day without it.

Consuming coffee on an empty stomach such as first thing in the morning stimulate the production of Hydrochloric acid which is responsible to breakdown protein and aid digestion and is only produced after eating large meals. When Hydrochloric acid is produced regularly on an empty stomach then the body may find difficulties producing it later on after a large meal which can lead to indigestion and low absorbance of minerals and nutrients, it can also lead to digestive problems and deficiencies in certain nutrients.

The different compounds found in coffee such as caffeine and the other acids in coffee were found to irritate stomach lining and aggravate stomach ulcers, worsen the situation for those suffering from gastritis, IBS and Crohn’s disease.
Patients suffering from gastritis, stomach ulcers, Crohn’s diseases are often advised by their doctors to avoid coffee completely. The bad news here is that, coffee doesn’t only worsen the situation in case the disease already exist but excessive consumption of coffee can also cause those situations and start them from scratch.

Coffee has a relaxing effect on the lower esophageal sphincter which supposed to be tightly closed after consuming a meal to prevent the acids and the content of the stomach from travelling back up to the esophageal and harm it’s delicate lining.

Coffee was proven to stimulate peristalsis which is the process that cause you to run to the toilet, while some people take coffee deliberately as a laxative, it an also led to nutrients deficiencies as stimulating peristalsis also causes fast emptying of the stomach into the small intestines before the food is completely broken down and digested which makes it very difficult for your body to absorb the nutrients from the food you are eating.

Excessive coffee drinkers have difficulties maintaining their mineral levels at its ideal level, that is because coffee interferes with the absorption of iron in the stomach as well as the kidney’s ability to retain several minerals like calcium, zinc, magnesium and other important nutrients.

The consumption of coffee stimulate the production of cortisol which increases the body’s heart rate, temperature and induce tension and stress, it’s stimulating effect also causes insomnia, another culprit to stress and tension. 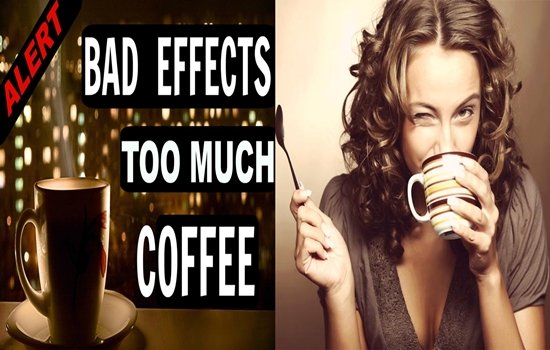 How Watermelon Helps You To Lose Weight

Six Tips To Flatten Your Tummy After Having A C-section

Things You Should Never Use Your Microwave for

What To Do As Soon As You Get A Minor Burn

How to Decorate Your Room to Make Waking Up Easier

Find Out The Dangers Of Eating Grapefruits

Mind Manipulation on Its Way to Reality