It is not that easy to surely label someone as a psychopath, the definition of psychopath is a person who have hard time believing the fact the other people have feelings, so this lack of empathy can be exhibited in a various of obvious responses and reactions that if you look closely you may be able to spot out. Science tells us that there are certain behaviors that can tell you someone is a psychopath which means they lack empathy. Interestingly men were found to be more likely psychopaths than women and here’s a list of science based signs to give you certainty that you are dealing with one.

According to a study published by the journal Individual and Personality Differences, the researchers gave 135 undergraduates an assignment which is a questionnaire to spot out their psychopathic traits. Afterwards the 135 participants were given three videos to watch in a random way, one video was of a person with a neutral face, the second was of someone laughing and the third was of someone yawning. While they were watching the videos, the researchers were closely monitoring their facial expressions.

The result of the study showed something very interesting that most of the participants that showed psychopathic traits of cold-heartedness (emotionally distracted) were the least likely to get affected by the natural contagious yawning stimuli that most of us fall as preys for when we see someone else yawning.
The explanation for this is that, psychopaths are insincere, selfish, self-centered and overconfident , their response or let’s say lack of response seems to connect emotionally when they see a person yawning seems to fall out due to their psychopathic trait of lacking empathy.

2- They Take Too Many Selfies.

Besides their inability to yawn back when they see someone yawning, sending too many selfies on social media can be an indicative sign of quite abnormal personality trait. According to the Journal Individual and Personality Differences researchers studied the link between men’s personality traits and how they present themselves on social media.
The University of Ohio researchers surveyed 800 men aged between 18 and 40, with the purpose of looking at their selfies taking habits in relation to the functional levels of narcissism, mzchiavillianisim and psychopathy in men, the three traits together known as the “Dark Triad”.

The survey focused more on their personalities asking them questions like how attractive the consider themselves, how much they wanted others attention, how concerned they are about morality and whether or not they have any temptation towards manipulating others, the participants then were asked about the degree of frequency of their social media usage, for instance how often they post a selfies and the degree to which they edit the selfies before sending it.

The survey found that men who showed more levels of self-objectification or who valued themselves depending on appearance and narcissist spend a greater amount of their time on social media, furthermore, the researchers found that men who show more psychopathic traits and narcissist post more selfies more frequently and they were the most likely to edit their selfies the most before posting them. 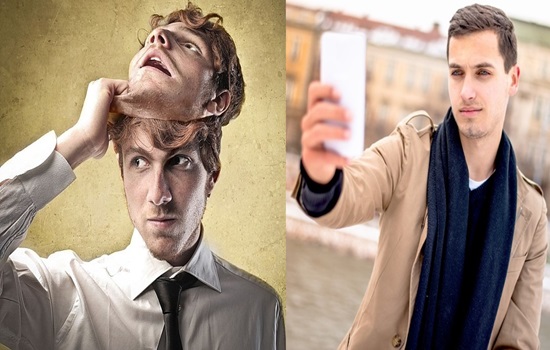 6 Reasons Why It Is Good to Be an Extrovert

The Wrong Habits That Weaken Your Immune System

Top Ten Tallest Women That Ever Walked On Earth

From Now On You Will Eat The Skin Of The Fruits More Than The Pulp, Find Out Why

6 Amazing Things You Never Thought Coffee Could Do

MORE ABOUT THE SIGNS THAT YOU HAVE FOUND YOUR SOUL MATE

HOW TO MANAGE YOUR LONELINESS