Whether your significant other is completely open with you about everything or he hides from you sometimes and only talk when necessary, whatever his personality is,

he certainly is hiding some secrets from you, well who doesn’t have secrets, that is why I brought you this article to reveal to you what your significant other may be hiding from you.

1- There Are Times Where He Wants You To Shut Up.
Most men can’t multitask so if he is doing any task and you are speaking in the background you could be a source of annoyance for him at this particular time, if you want to talk to him make sure you ask him for his full attention and choose the right times.

2- He Has To Lie Sometimes To Maintain A Peaceful Relationship.
No need to be alarmed, I mean white lies here, the ones that he thinks he has to tell to avoid arguments or confrontation, in this case you should set with him and explain how much honesty is appreciated by you even if the truth will hurt you.

3- He Worries About His Masculinity.
He wants to be like Superman in your eyes so make sure whenever there is a job that requires him to be done, don’t nag or yell at him, instead show him how much you appreciate him taking care of the job, don’t compare him to anyone either, specially if he did some mistakes.

4- He Likes Affection As Much As You Do.
Men can be perceived like they don’t care about anything else but sex, while that is true to a certain extent, men also like cuddling and holding hands, specially when they know that it gives you joy, they are just not that good at expressing their feelings. 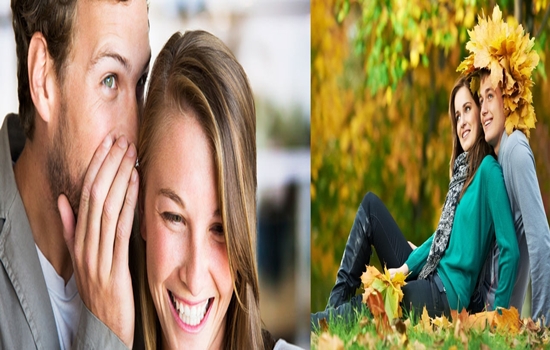 What To Do When You Experience A Panic Attack

Olive Oil Is Better Than Ibuprofen in Soothing Menstrual Cramps

The Top 4 Reasons Why Turmeric Is Important for Your Brain

Protect Your Lips from the Harsh Winter with These Great Treatments

Most Common 8 Reasons For Night Sweats