When hearing the word “perfectionist” you usually imagine it in a compliment sentence, such as, “Of course he did a great job! He’s a perfectionist!” or “Excellent, just what you would expect from such a perfectionist!”. However, being a perfectionist is not as wonderful as it seems to be, and can even be unhealthy and dangerous for the following reasons:

1- You don’t succeed as you should, or as what is expected from you. Well, it is granted that you have talent and capability, maybe even more than most people in your workplace. However, as a perfectionist, and with the annoying habit of stopping over ever tiny detail, it is not strange that you waste time and ultimately don’t succeed.

2- Ever heard about “missing the forest for the trees”? Yeah, that is a large part of the curse of being a perfectionist. The end results is what really matters, but perfectionists try to make every part of it so perfect that it takes them forever to do anything, and at this rate, the end results may never turn up.

3- If you are a normal person asked to write a certain sentence, it wouldn’t take you seconds. However, a perfectionist would think, “Should I write in small or big letters? Should I change the font? Is there exclamation marks?” and the questions never end. For a perfectionist, even the easiest of tasks take an endless amount of thinking.

4- As a perfectionist, you fret over every last cursed detail. As a result, your stress levels can literally kill you. You probably have developed a series of ailments some of which you’re not even aware of.

5- You cripple business. You are probably hated at your workplace and called things like “psychotic with a killer case of OCD”. With you taking your sweet time to do every little thing, projects take much longer than they should. 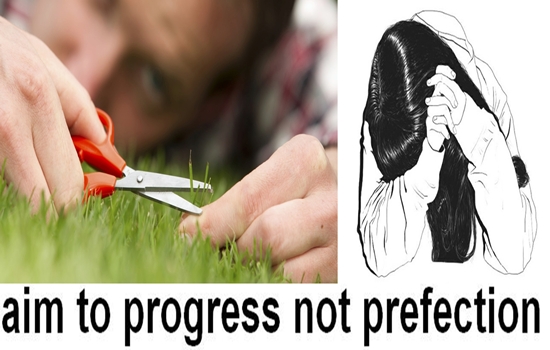 5 Reasons Why You Should Avoid Online Shopping

5 Reasons Why You Should Avoid Online Shopping

7 Quick Tips for Stabilizing Blood Sugar Levels When You're Diabetic

INSTANT NOODLES ARE ACTUALLY DANGEROUS TO YOUR HEALTH

Treating Your Hair With Aloe Vera

CAN JUICING MAKE YOU LOSE WEIGHT?

You Wake Up To A Giant Zit On Your Face? Here’s How To Deal With It

Is it Possible to Curb Your Appetite? Sure!