In just a year, deaths of over dose from opioid painkillers and heroine rose to 14% hitting record levels in 2014 and that’s according to a new report released by the Center for Diseases Control and Prevention.

In 14 years between 200 and 2014 more than half a million American died as a result of Overdosing on one of those drugs that researchers claim t act similar in the brain.

The most commonly prescribed types of opioid painkillers are oxycodone and hydrocodone caused more overdose feathers than any other type of the drug that rose to 9%.

The increasing number of deaths from opioid overdose is alarming,” CDC Director Tom Frieden said in the release.

According to the report, two main culprit are leading to the tragic trend.

Two: Inexpensive heroin has become more widely and illegally available, heroine only costs one fifth of any prescribed opioids painkiller.

. In a recent survey, almost three out of each 1000 American said that they used heroine in the previous year, that increased from less than two in a 1000 in the last decade which translates to over a 62% increase meaning that hundreds of thousands more Americans.

According to a survey done by the National Institute on Drug Abuse, more than half of the young people surveyed in three of their studies who previously injected heroine said that they have abused prescribed painkillers before they started using heroine.

The way heroine functions is that when someone inject, smoke or snort heroine, the brain converts it into morphine which works on binding the molecules on cells located throughout the body and brain called the opioid receptors which in return affect how we perceive pain and reward.

Which explains the euphoria sensation that people get when they inject the drug directly in the bloodstream, the limps start to get heavy, thinking and realizing slows and skin gets flushed and warm.

Because we already have opioid receptors in our brain, which is the body’s main organ that’s in charge of automatic processes such as breathing and blood pressure, Overdosing on opioid or heroine which acts similarly can cause the brain to slow down and in result slowing down vital processes like breathing, leading to brain damage, coma and even death. 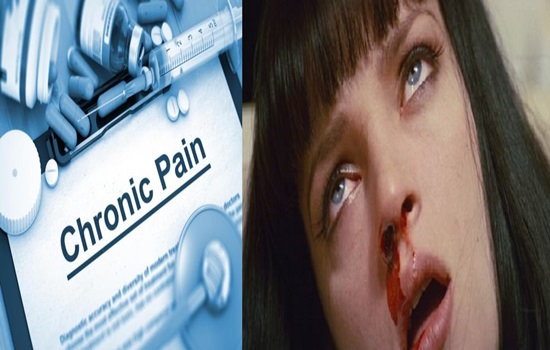 10 Behaviors that Help in Fighting Depression

Health Tips That Can Boost Your Health and Beauty a Lot

Stop Wearing Bras Immediately They Cause The Breasts To Sag