Olive oil is a major component of the Mediterranean diet, and it is rich in monounsaturated fatty acids, due to which populations of that region have lower risk of heart disease, stroke and high blood pressure compared with North Europeans and North Americas.

Today, olive oil is used worldwide, though it originates in the Mediterranean countries. It is used in cooking, soaps, medicine and cosmetics, and in old days it was used as a fuel for traditional lams. The highest intake per person is in Greece followed by Spaniards and Italians.

Olive oil is associated with a longer life expectancy and a low death rate from cardiovascular diseases. A study revealed that people consuming olive oil regularly are much less prone to cardiovascular diseases including stroke, high blood cholesterol and high blood pressure. It is found also that regular intake of olive oil helps reduce endothelial dysfunction, thrombosis and inflammation.

Older people who use olive oil on a regular basis for salad dressing and cooking have much lower risk of stroke compared to others who do not. As stroke is so common in older people, so they are advised to incorporate olive oil in their diet as an easy and inexpensive way for protection.

People who consume fast foods and trans- fats are more prone to the risk of depression compared to those who consume mono and polyunsaturated fats. Olive oil has been shown to have a protective effect against depression. Furthermore, virgin olive oil is found to be protective against breast cancer; it prevents DNA damage, triggers changes in protein signaling pathways and encourages tumor cell death.

A Japanese study showed that LDL- cholesterol (referred to as bad cholesterol) mean concentrations were reduced in outpatients who took olive oil supplements once a day for several weeks. 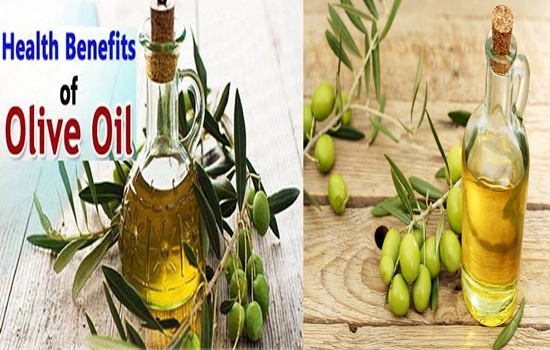 The top 5 health benefits of honey

What Your Farts Say About Your Health

The top 5 health benefits of honey

What Your Farts Say About Your Health

What To Do As Soon As You Get A Minor Burn

How Grapes Do Miracles For Your Health

Avoid these 3 mistakes while washing your face