If you are a woman then you know what we are talking about, you been there, doubled over in bed in the pain of the crazy period cramps you have to suffer from every month, we definitely wouldn’t blame you if you pop two painkillers to cope with your daily chores, but now, you might not have to suffer this pain anymore, a natural ingredient that have no side effects can take away that pain for good and make you wait for your monthly visitor, it can even work better than drugs.

In a new study published by the Scholar research Library noted that consuming one tablespoon of extra virgin olive oil daily could be very effective even more than ibuprofen in reducing the symptoms of primary dysmenorrhea, the most common type of menstrual cramps, unfortunately the research didn’t look at the benefits of olive oil in alleviating secondary dysmenorrhea which are cramps that are associated with other underlying health conditions like uterine fibroids and endometriosis.

In the study the researchers decided a group of 60 women aged between 17 and 30 who all suffered from moderate to severe menstrual cramps with a score of 6.7 on a scale from 1:10, group one took 25 milligrams about five teaspoons of extra virgin olive oil every day for two months, starting two weeks period to their periods, while group two were given 400 milligrams of ibuprofen for the first three days of their menstruation when the cramps are the worst in the two menstrual cramps.

How does this golden magical liquid work in soothing pain is due to its content of a compound called polyphenol oleocanthal which was noticed to mimic the action of ibuprofen more than ten years ago in fighting inflammation and reducing pain.

In Fact previous studies proven that the oleocanthal in olive oil helps in suppressing the production of inflammation molecule called prostaglandins much more like ibuprofen, studies also showed that the inflammation fighting effects of olive oil is cumulative meaning that it is better taken on regular basis in order to show effectiveness in reducing pain and inflammation rather than taking it when you start feeling the pain.

However make sure that the Oleocanthal in olive oil is at its highest in extra virgin olive oil, and make sure to consume it during the “best used before” date and avoid the virgin and regular olive oils as they are not as effective.

The effects slightly start to fade away by heating so a light store on fire could be ok, however opt to use it on salads cheeses more than in hot or cooked foods, you can also take it just like that for maximum benefit. 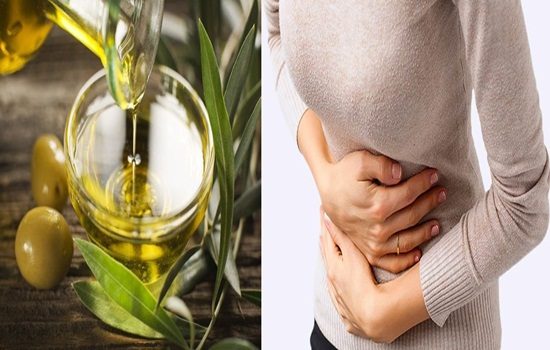 Convenient Uses To Olive Oil Beyond The Kitchen

Convenient Uses To Olive Oil Beyond The Kitchen

Worst Breakfast Foods To Start Your Day With

DO YOU KNOW THE MAIN CAUSES FOR DRY SKIN?

Natural Remedies To Tighten Skin And Close the Pores

How to Relieve Sunburn with Home Remedies