A study at Ohio State University reveals that men who regularly post their photos on social media are deemed to have higher levels of narcissism than their peers, especially those who edit their photos before posting. It is found that men tend to exploit others more than women, and they are more entitled to certain privileges; you can say that entitlement is considered the widest gender gap.

The second largest gap is in authority or leadership because, according to the study, men exhibit more desire for power. However, in regards to exhibitionism, there is no significant difference, as men and women are almost equally self-absorbed or vain.

A prior research found that narcissism or any other personality difference is related to gender stereotypes. For example, the lack of women in leadership roles can be justified by a disparity in perceptions of leadership and femininity.

We tend to learn gender roles at a young age and women, in particular, often receive harsh criticism for being authoritative, which makes them suppress any displays of narcissism. Narcissism can cause many interpersonal dysfunctions including aggressive behavior and lack of healthy long- term relations.

Actually, narcissism can be considered problematic for the society and individuals because narcissist people do not try to improve themselves thinking they are already great, more intelligent and better than others. As for the society, narcissistic people have low empathy thinking only of themselves, ignoring the interests of others.

The researchers found that narcissists are often proud of such fact because they do not consider narcissism as a negative trait- they would admit publicly they are superior to other people. Nevertheless, narcissism can boost emotional stability, self- esteem and tendency to be a leader, not to mention more extraversion and less depression. 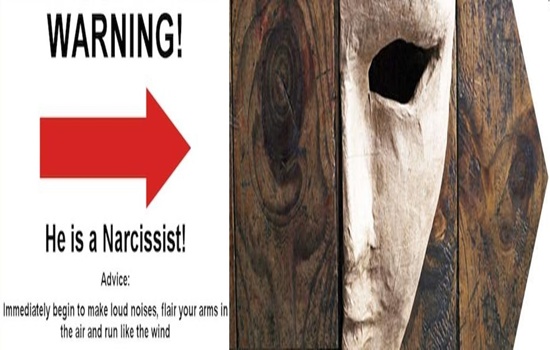 The 5 Characteristics Women Hate Most about Men

The 5 Characteristics Women Hate Most about Men

DOES YOUR HAIR GROW FASTER, IF YOU TRIM IT REGULARLY?

Ways in Which Dieting Can Destroy Your Thyroid Gland

Simple Home Remedies To Get Rid Of Unpleasant Hands Odor

MORE ABOUT HOW TO DEAL WITH YOUR STUBBORN CHILD, PART II

6 Amazing Uses for Baking Soda You Never Knew About

The benefits of honey for weight loss

SMALL THINGS THAT MATTER BUT YOU MAY OVERLOOK

HOW TO MANAGE STRESS, PART II