Vinegar has been used for centuries for various cooking and household purposes. It is considered an ancient folk remedy used for different sorts of health problems, and apple cider vinegar is the most popular vinegar in the natural health society. Some of its claimed beneficial effects are supported by science. This includes lower blood sugar, improved symptoms of diabetes and weight loss.

Traditionally, it has been used for disinfecting and cleaning, treating ear infections, warts and nail fungus. Studies show that vinegar inhibits bacteria like E- coli from growing in food; that is why it has been used as a food preservative.

There are some anecdotal reports (not confirmed by research) that diluted apple cider vinegar can help with acne by applying it onto skin. To date, the most successful application of vinegar is in type-2 diabetes, which is characterized by elevated blood sugar either in the inability to produce insulin or insulin resistance.

Actually, vinegar has been shown to improve insulin sensitivity and significantly lower blood glucose. Thus, vinegar can be useful for sufferers of diabetes or pre- diabetes. Given this fact, it makes sense that vinegar can help you lose weight, especially when several studies indicate that vinegar can increase satiety helping you eat fewer calories. 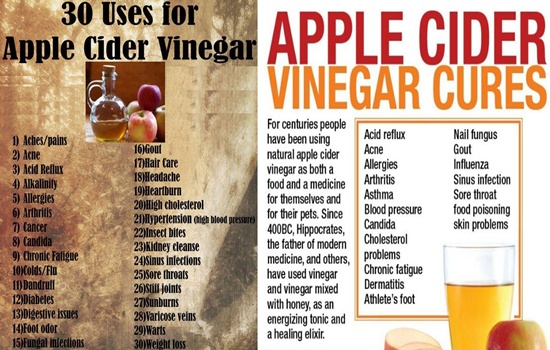 Screaming for Ice Cream? Know Its Positives and Negatives

Screaming for Ice Cream? Know Its Positives and Negatives

Do you know that breastfeeding can influence your child's immune system?

5 Safest Clothing Fabrics for Your Health

The 5 Most Dangerous Skin Killers Ever

7 Things You Should Do To Feel Better All The Time

How to Get Rid Of Obsessive Fear