Our eyes can say so much about us, literally. You will be surprised for the amount of information our eyes, eye color, even our tears can demonstrate about our biology. Here are some fascinating examples:

We Shed Different Tears : Tears aren’t all similar as they appear to be. We release many different kinds of tears in response to different alarms. The usual kind, basal tears, is normally coating our eyes for protection and moisture. There are also emotional tears that we experience when we’re really sad or happy; they contain hormones that help the body shed off chemicals released from excessive emotions. Similarly, other types meet different needs.

Eye color and Trustworthiness : Eye color is linked to facial morphology. For example, brown eyed men, compared to blue eyed, are more likely to have broader chins with larger nose and mouth. Tests show that men with such features tend to appear more trustworthy.

Men and Woman have Different Visions : According to researches, men and woman use their eyes differently. It appears to be that women are better in recognizing different shades of color. Yet, men have the advantage in identifying moving objects more delicately.

Eye color and Sensitivity : Blue and Green eyed people are at a higher risk of macular degeneration which is loss of sight in the middle visual region. To be fair, people with darker eyes are more prone to a certain type of cataract.

Eye color and Reaction Speed : Brown eyed individuals have the tendency to react faster than light eyed individuals. However, they have the advantage only in tasks that requires speed while light eyed people prevail when it comes to tasks with more thinking.

Blue Eyes are Genetically Mutated : It appears to be that in ancient times, only brown eyes existed. A gene mutation that interfered with the production of melanin was introduced to the blue-eyed people’s ancestor. 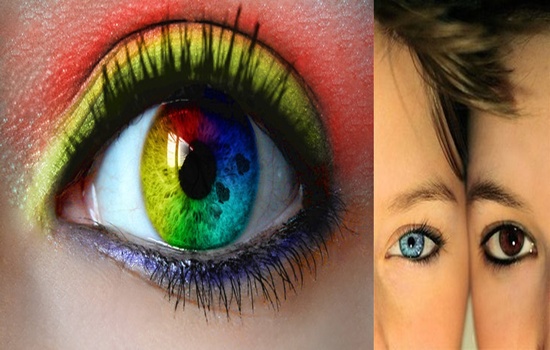 Here's Why You Should Spend Time Outdoors

How to Put an End to Excessive Gas

Is Popcorn Good or Bad for your Diet? The Perfect Snack

3 Mistakes you do lead to your digestive system disorders

Four Tips To Handle Your First Child While Being Pregnant

Nuts; Who don’t love it?! Here is What you don’t know About Nuts