Chocolate has always been called the food of Gods, it is known to uplift the spirit and improves the mood. Chocolate is not only the favorite treat for almost everyone on earth, but it is also used as a beauty enhancing product and goes as an ingredient in skin care products. Chocolate also tops the list of gifts and more. Here are some interesting facts about chocolate you didn’t know about.

Researchers found that the history of chocolate can be traced back to over 2500 years. The Mayans in Central America considered chocolate to be a divine food. It was not only used for eating but was also used as offering for the gods and in other religious rituals.

2- Even Though Originated In Central America, Most of the World Cocoa Production is grown in Africa.

Almost 66% of cocoa which is the main ingredient in chocolate is grown in Africa and only 15 countries produce over 98% of the chocolate in the world.

3- Chocolate Gives You A High.

It is not only the sugar in chocolate that gives a sugar rush and makes you feel good, but also the endorphins, serotonin and fat found in chocolate that boost your mood, chocolate and pure cocoa powder can also be used as a home remedy for depression.

4- The Name Of Chocolate Is Originated From The Mayan Word Xocalati.

The Mayan Word Xocalati means bitter water, which makes sense because the ancient Mayans didn’t use to sweeten chocolate concoction with anything, indeed they used to add hallucinogenic mushroom to take their mind off of the strong bitter taste of the drink.

Maybe because of a biological aspect or social aspect, women were shown to eat and enjoy chocolate than men.

6- Chocolate Cravings Can’t Be Satisfied By Another Type Of Sweets.

Maybe you have noticed it yourself that when you crave chocolate, any other sweets can’t satisfy your cravings, this fact was actually proven by science.

7- Chocolate Can Be Used As A Stimulant.

Chocolate won’t only help to improve your mood but can also be used as a stimulant and substitute for coffee, it contains nerve stimulating ingredients like theobromine, phenyethylamine and Caffeine, a cup of pure cocoa powder in the morning will stimulate your mind and boost your mood.

Tip: avoid chocolate bars that contain high levels of fat, milk and sugar because the nutritional value that cocoa provides will be reduced and calories content will be increased. 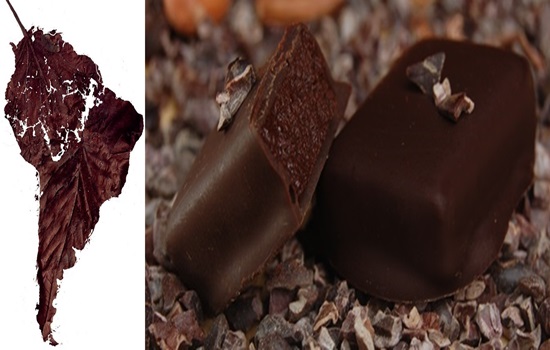 control your chocolate craving for good with these 6 tips

Step by Step Guide for Making Chocolate at Home

5 Fun Facts You Should Learn about White Chocolate

control your chocolate craving for good with these 6 tips

Step by Step Guide for Making Chocolate at Home

5 Fun Facts You Should Learn about White Chocolate

Great Methods You Can Apply to Get Healthy Hair

5 Things You Should Consider When Buying an Exercise Mat

Four Unexpected Uses Of Aspirin You Didn’t Know About

SOME HOME REMEDIES TO HELP YOU GET RID OF BLACKHEADS

PERFECTIONISM IS THE SNEAKY NAME FOR SELF- JUDGMENT

Watch out of the deadly foods we love to eat

MORE THINGS YOU CAN DO TO BECOME SMARTER – PART IV