Stress can cause a midlife transformation, for example divorce, changing jobs, experiencing a major illness and death of someone close. When you are in midlife crisis, you may do things that get you into trouble causing surprise to everyone for being out of character, and you will find someone close telling you “you are having a midlife crisis”.

Actually, midlife crisis is an attempt to restart life for the better. It is not easy to self resolve the inner conflict the person feels due to his personal commitments. Consequently, a person in midlife crisis acts lost or confused while sorting out the contradictions they have in their lives.

At many times, the person does not understand why he is acting in the manner he is. The mixture of conscious and unconscious actions usually makes the person having midlife crisis unpredictable. This leads to the most dangerous symptom, which is denial.

Going through a midlife crisis is not something you go to the doctor to cure the symptoms. It is a natural psychological and biological process of one’s maturing. Some symptoms might indicate the opposite of maturing, but at times a step backward is needed to move forward.

The best resolution to midlife crisis is to learn to embrace the reality of one’s change and investigate ways of transformation. If you do nothing, you let midlife crisis decide the way you change. One of the most serious symptoms is that people having midlife crisis often feel misunderstood and separated; they seek solitude to avoid judgments from others. 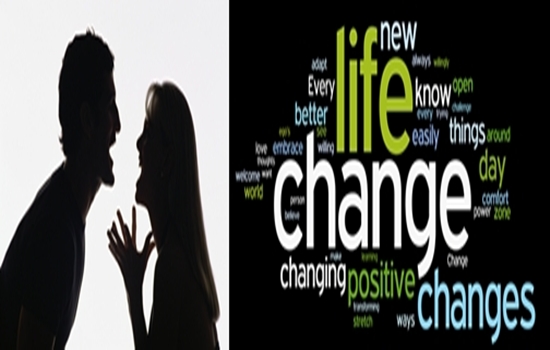 WILL IT BECOME A HABIT, IF YOU DO SOMETHING FOR THREE WEEKS?

MORE ABOUT YOUR PERSONALITY ACCORDING TO YOUR BIRTH MONTH, PART II

Salvage Your Mobile Phone after Falling in Water in 8 Steps

Make the Most of Your 8 hours of sleep and Apply These Beauty Hacks.

Ten Must Have Gadgets In The Modern Kitchen

How To Make Your Eyes Look Younger By Makeup