Darkened knees and elbows is a problem many women suffer from, especially when it comes to summer time or a special occasion, in order to lighten the shade of your knees and elbows again, here are a few effective and simple home remedies that will give you a considerable result in as short as three days only.

Exfoliate gives a good result in getting rid of the old dark layer that is coating your knees and elbows and encourage the production of new cells in this area that look fresh and young, however make sure to moisturize the area before exfoliate it by rubbing olive oil before going to bed and moisturizing with a soft skin moisturizing tool under the warm water when you are taking your morning shower. Don’t forget a heavy moisturizer like Vaseline after the shower.

Mix one cup of water, half a cup of lemon juice and three tablespoons of white vinegar, wet a cloth with that solution and apply it to your elbows and knees for two hours, you can hold them to the skin by wrapping the cloth to your knees with cling film, keep that in place for two hours then remove and moisturize.

Mix half a cup of lemon water, one spoon of grounded black pepper seeds, two spoons of Vaseline and one spoon of Vicks.
Mix well and fast using a fork then apply that mixture on your elbows and knees for two hours before washing it, regular usage for three days will make a noticeable difference however it is recommended to use it for one week straight.

The darkness that happen to the knees and elbows is often a result to over production of melanin cells due to a damage or game that happened to the skin of this area, what can fix and reverse this over production of melanin and repair skin damages as well as renew the skin cells in that area is coconut oil due to its rich content of vitamin E.
All you need to do is apply the oil to the darkened area before going to bed every night and leave the oil in place until the morning.

Alternatively, mix half a teaspoon of lemon juice, half a teaspoon of Apple cider vinegar and two tablespoons of molten coconut oil, put in a container and cool again, use this cream to moisturize your elbows and knees twice a day. 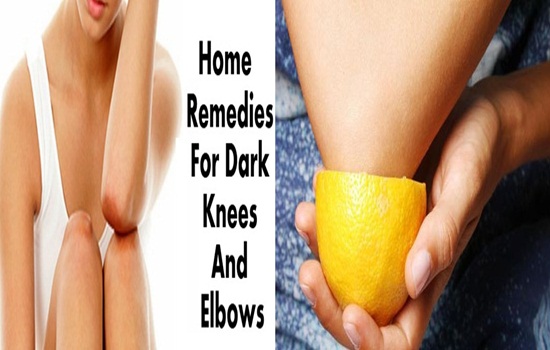 Home Remedies To Get Rid Of Burn Marks and Acne Scars

Most Effective Home Remedies To Relieve Headaches And Migraines

Home Remedies To Get Rid Of Burn Marks and Acne Scars

Most Effective Home Remedies To Relieve Headaches And Migraines

What Your Food Cravings Really Tell About Your Health

This Is Why You Should Start Including Sprouts To Your Diet.

Applesauce Cake For Diabetics And Dieters

Top 5 Mistakes You Do to Treat Sore Muscles

4 Fatal Chemical Substances You Put on Your Skin Daily