The health benefits of honey have been documented in early Roman, Greek and Islamic texts, and philosophers of ancient times like Aristotle referred to its healing qualities.

Honey has high levels of glucose, fructose, sugar, minerals, and it possesses antibacterial and antiseptic properties. In the Old Testament, King Solomon advises his son to eat honey “for it is good”. Modern science validated the historical claims that honey can be used medically, and managed to find useful medical applications for honey.

Honey is found helpful in preventing acid reflux (GERD) and infantile gastroenteritis. Honey can shorten the duration of infantile bacterial diarrhea, and it may safely be used in oral rehydration solution as a substitute for glucose. There are cases in which people have reported the great results of using honey in treating burns and wounds.

As an example, a woman who was a borderline diabetic with recurring staph infections and cellulitis; she tried taking antibiotics for months but they did not alleviate the symptoms. When she tried applying honey topically, soon she began to feel better. Some research also suggested that honey can be useful for treating allergies. It is once reported in the “Guardian” that honey outperforms cough medicine at reducing and alleviating the cough frequency.

A study has revealed that Manuka honey has the ability to treat chronic wound infections and can even prevent them in the first place; it kills bacteria by destroying the main bacterial proteins.

Manuka and other honeys are known to have antibacterial and wound healing properties, but the way in which they act is still unknown. Manuka honey is very helpful with bacteria that are resistant to antibiotics. It is worth mentioning that natural honey is much better at killing bacteria than artificial honey of the same thickness because it kills bacteria three times more effectively. 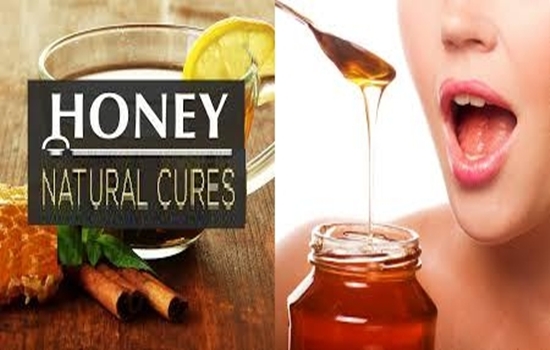 The unwanted side effects of antibiotics are far- reaching

5 Symptoms That Tell You That You Have Skin Cancer

7 Alarming Symptoms of Cervical Cancer You Should Be Aware of

The 4 Top Disadvantages of Technology You Should Be Aware of

Brain Freeze Cause and Other Astonishing Ice Cream Facts