Video games are just a few decades old and they continue to develop and gain more popularity despite being blamed for wasting time and encouraging violence. Although some video games have their disadvantage, not all of them are the same. Many game players enjoy physical, educational and psychological benefits of playing video games. Here are a few surprising advantages of engaging in such games:

10. Virtual Reality Helps People Get over Phobias and PTSD

Exposing those who suffer from phobias to what they fear in virtual reality, helps them get over these fears. For instance, a woman who covered all her windows and walls with duct tape because of her fear of spiders, got frequently exposed to spiders in a virtual reality simulation. Later, the same woman allowed a real tarantula to creep on her arm.

Action games, especially the ones involving first person shooters, improve the brain’s pathway responsible for visual processing. This happens because the visual effects of these games make the players more sensitive to little differences of color shades. In fact, players of such games have 58% better contrast sensitivity.

Playing video games consume a lot of our attention thus making less room for pain signals to occupy our minds. Consequently, a study performed on two victims who had severe burns and were made to play games as they are being treated showed that the victims experienced less pain while they were playing.

Interactive games that allow toddlers ages 3 to 6 to practice skills that involve the movement of their hands and legs for throwing and kicking balls help in improving the motor skills of these toddlers. Moreover, video games improve hand-eye coordination in children who constantly play them.

If you want to encourage your children to go and play outside, bring them a sports game to play inside first. Sport games make it easier for children to learn the rules of a particular sport and also gives them confidence that encourages them to go out to try that sport for real.

5. Video Game Plays Are Better at Having Lucid Dreams

Since game players get to control the alternative reality of games, they have a higher chance of knowing that they are dreaming and controlling their dream. The ability of having lucid dreams is not only entertaining, but it is also helpful in decreasing nightmares and getting control over them.

Driving games make their participants focus on road signs while maneuvering their way around other cars at the same time. This improved short-term memory and long-term focus of old adults between the ages of 60 and 85 who participated in a study. After six months of playing a driving game, these adults were able to recall more short term memories and became better at multitasking.

Video games improve the attention span of children and so enhance their reading skills. After playing with action video games for twelve hours, children had faster reading speed with better accuracy than before they played with these games.

Gamers who play action games like Call of Duty need to think and react fast to save their lives. A study that compared people who played action games with those who played The Sims 2 showed that the former made correct decisions 25% faster than the others.

There is a video game called Re-Mission which allows cancer patients to use a nanobot called Roxxi which fights cancer with different weapons including radiation guns. Players of this game were more likely to take their antibiotics regularly and stick to chemotherapy treatments than those who didn’t play the game. 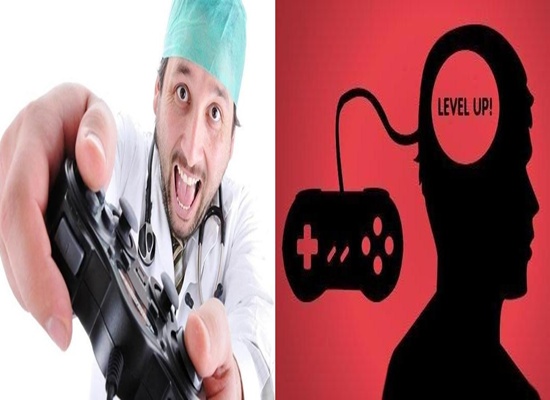 The 4 Strangest Most Effective Treatments Ever for Neck Pains

DO YOU KNOW THAT RUNNERS ARE MORE LIKELY TO BE SUCCESSFUL?