People don’t stop speaking about what foods to eat in order to maintain your waist line, forget about that for a second and think about your brain and cognitive abilities, some foods can actually harm your memory and brain on the long term, so be aware.

In a study that was made by the journal Dementia and Geriatric Cognitive Disorders, an association between a high consumption of tofu 9 or more servings per week with memory loss and cognitive impairment. The study was made on 719 Indonesian men and women who ate tofu more than 9 times a week, the participants faced higher memory challenges than those who didn’t when put through a series of memory tests.

Beside the fact that sodium has such a negative effect on the cardiovascular system and blood pressure, sodium was found to have a damaging effect on cognitive abilities and brain cells as well, in a Canadian study that was made on 1262 participants that were divided into low, medium and high sodium consumers Aging between 67 and 84, those who consumed higher sodium and experienced less physical activity showed higher cognitive decline than those with low sodium intake.

Not just tuna can increase your risk of cognitive dysfunction but also all the other species of fish that are high on the food chain like shark , swordfish, snapper, tuna, grouper and bass. They are high in mercury which effect your brain negatively over time, experts advice to limit your consumption of those types of fish to four or less servings per month. 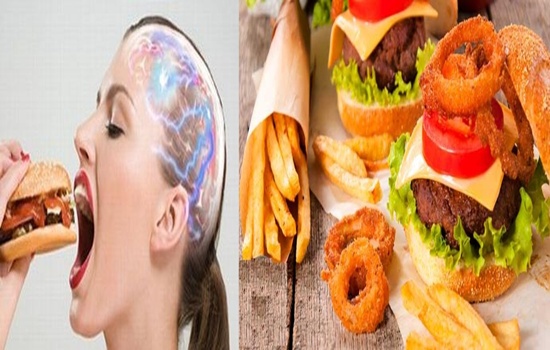 What Foods You Shouldn’t Heat In The Microwave

What Foods You Shouldn’t Heat In The Microwave

Three Foods That Make You Sleepy And Tired

How To Slim Down In Only Ten Days

4 Reasons Why You Should Add Carrots To Your Diet Today

3 Reasons Why You Should Not Consume Genetically Modified Organisms Foods

Try To Keep One Eye Closed During Your Midnight Toilet Break, Try These Brilliant Body Hacks

MORE ON HOW HIKING CAN CHANGE OUR BRAINS PART II: MORE BENFITS OF HIKING IN NATURE

Natural Remedies To Get Rid Of Dark Circles Around The Eyes

Improve Your Mood with These 6 Amazing Scents

Seven Timeless Tips To Lose Weight And Have An Awesome Body