Exercising is a healthy habit that is recommended to be practiced at least five times a week by everyone, however despite the many health benefits exercising provide your body with, and like anything else exercising can also lead to some strange and undesired side effects, too much of something is always not recommended even if it is a healthy thing like exercising, below are some of the side effects that are always associated with too much exercising.

Intensive exercises specially with weight lifting cause the upper muscles of the back to tense up which in return cause a pounding sensation in the head, outdoor exercises also may lead to headaches due to the many factors you get in contact with, sunlight, pollution, car noises, the heat, etc.

Some exercises that focused on the stomach and the abs area often cause gas and it let out, that specifically happen while practicing yoga or stretches for the legs, because the internal organs are squeezed together, the thing that cause gas to generate.

Exercising can sometimes effect the mucus glands in the nose and make it itchy, exercising outdoor specifically can cause either runny nose or dry and uncomfortable sensation in the nose, in some cases it can also lead to minor bleeding of the nose.

In rare cases exercising may lead to rash Breakouts on the skin, this happen due to exercise induced anaphylaxis, it specifically happen when a particular type of food is eaten before exercising, specifically edibles such as wheat and shrimps.

This happen often specially when cardio exercises are practiced like sit ups, jogging and running, that annoying and burning sensation in the chest area happen because while jumping or running some of the foods can be pushed upwards to the esophagus which cause acidic reflux.

Cramps is a common and undesired side effect of exercises, it usually happen in the abs area due to the crunches and reverse crunches practiced to tone that area, in order to help ease the cramps opt to eat a lot of bananas as they are rich with vitamin K and lots of water.

Yawning is phenomena that is not clearly explained when it happens at the beginning of exercising, it could be a result of insufficient warm up or could be the way the body adjust to the increase of oxygen levels and faster blood circulation. 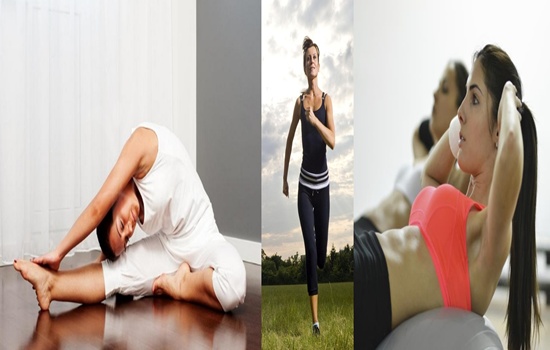 4 Mistakes You Do That Seriously Damage Your Skin

Bits Of Information You Probably Didn’t Know About Gluten

5 Reasons Why You Are Having Pelvic Pains

Pumpkin is Good For Your Heart, Fertility, Eye Health and More.