High levels of uric acid in the body are extremely dangerous as they may lead to severe conditions such as kidney stones, gouty arthritis and renal failure which are all painful conditions. Causes of an increase in uric acid levels vary from genetic causes to external causes such as excess alcohol consumption and certain diets. In case you want to lower your uric acid levels, follow the next natural remedies:

Animal proteins contribute to the increase of uric acid in the body. Wheatgrass serves as an alternative source of proteins and amino acids. The juice of wheatgrass also maintains the alkalinity in the blood and provides the body with nutrients such as vitamin C, chlorophyll and phytochemicals which detoxifies the body.

In addition to the valuable calcium and protein that we get from dairy products, skim milk and low-fat yogurt contain orotic acid that drops the re-absorption of uric acid. Orotic acid also boosts the removal of uric acid through the kidneys. Tofu also has a similar effect, yet soy milk on its own can raise uric acid levels.

Foods that contain a substance called purine increase uric acid; that is why it is recommended to eat starchy foods which contain very low amounts of purine. Starchy foods include grains, potato and bananas. As for fibers, they absorb the uric acid and get excreted with them out of the body. Fibrous foods include different fruits, vegetables and leafy greens. You can eat a starchy fibrous combination by eating whole grains.

These fruits have chemicals such as anthocyanins, a kind of flavonoids, that aid in the reduction of uric acid, stiffness and inflammations. In order to get a good effect, eat half a cup of cherries a day for a few weeks.

Almost 70% of the human body is made up of water, so everything related to human health must include sufficient water consumption of about 8 glasses a day. The thing about water and uric acid is that water assists its excretion out of the body by diluting its concentration. Studies show that people who drink lots of water have lower risks of getting gout attacks than those who don’t.

Vitamin E that stands in front of uric acid is destroyed by saturated fatty acids than comes from cooking vegetable oil and butter. The best replacement for these fatty acids is provided by olive oil which includes monounsaturated fats which don’t affect vitamin E. In fact, olive oil itself contains vitamin E.

Bicarbonate of soda, known as baking soda, is an alkaline that neutralizes uric acids and makes it pass through the kidneys easily. Use it by dissolving half a teaspoon in a glass of water and drink four glasses of it daily for two weeks. Important note: This remedy is not for sufferers of high blood pressure and should not be taken regularly.

Purines rapidly increase uric acid because they are nitrogenous compounds that break down into nothing else but uric acids. Purines exist in animal proteins, legumes, mushrooms, beer and asparagus. Hence, people suffering from conditions related to increased amounts of uric acid should stay away from these foods.

There is a common misconception that states that lemons are acidic. There is a part of truth about it but when lemon juice enters the digestive tract it shows alkaline properties and thus help in neutralizing uric acid. All you have got to do is squeeze a lemon in warm water and drink it in the morning. 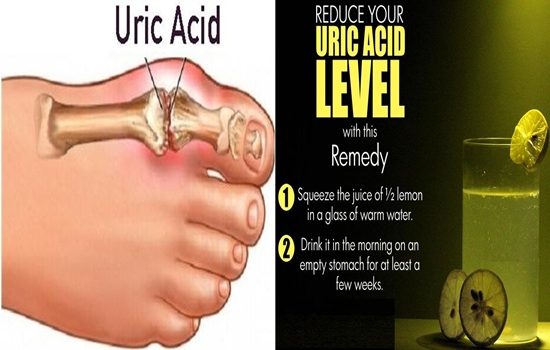 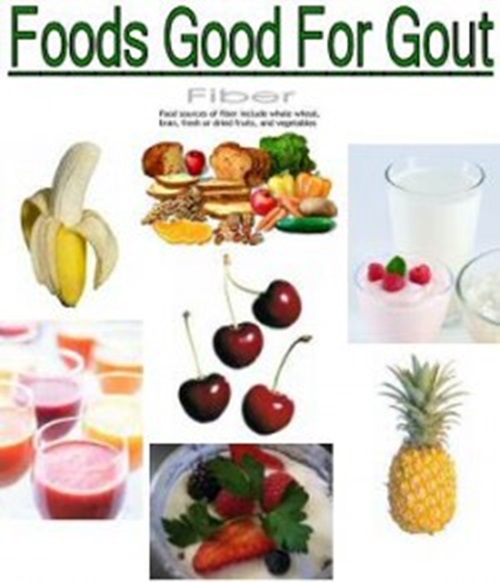 8 Most Terrible Habits That Disturb Your Mood

The Top 4 Reasons Why It’s Best to Start Your Diet in Summer:

7 Ways Laughter can Improve your Health

Crazy Myths about Food you thought to be true