Tea and coffee are the two most popular drinks in the world; most people in the world find their mornings boring and lacking energy without a cup of coffee while others can’t go a day without drinking tea. Both drinks help to keep us awake and rejuvenated throughout the day, and both drinks have similar properties. Here’s a list of the differences between coffee and tea that identify each drink in regards of the health benefits.

Studies showed that tea contains a good amount of cancer fighting properties quercetin which also helps in preventing cardiovascular diseases. Coffee doesn’t possess this quality. Other studies showed decreased rates of cancer in Asia when compared to the Americas due to the high consumption of tea. It was estimated that to attain the cancer prevention benefit of tea you should drink at least three cups of tea or day.

Tea contains properties that were proven scientifically to reduce the intensity of inflammatory disorders and reduce blood clotting. While coffee was proven to reduce the symptoms associated with asthma and Parkinson’s disease, however the high concentration of Caffeine found in coffee was also related to headaches and chest pain especially if consumed frequently in a short space of time.

Another interesting difference between tea and coffee is the place of origin, while tea is mainly produced in eastern Asia India and China, coffee is produced mainly in Ethiopia and other parts of Africa.

Despite the distinct difference in taste and health benefits, there is one main common factor between coffee and tea that all of us agree about, they both are the most beloved beverages worldwide. 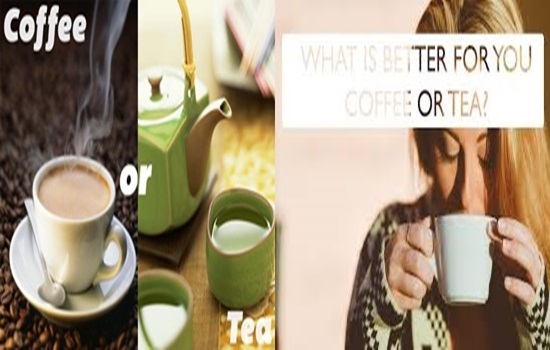 5 Amazing Benefits for Tea You Have Never Heard about before

5 Amazing Benefits for Tea You Have Never Heard about before

From Now On You Will Eat The Skin Of The Fruits More Than The Pulp, Find Out Why

7 Fruits That Will Actually Help You Lose Weight

4 mixtures of banana to soften your hair

Types of food that can prevent hair loss

Hate Dieting and yet You Want to Lose Weight? These Tricks Will Help You

Herbs To Avoid During Pregnancy

Effective Steps to Get the Best Out of Fat Burner Supplements