The bracelet wrist lines or also known as the Rascette lines are those lines that separate the palm of the hand from the wrist of the arm from the inside, these lines vary slightly from one person to the other and they are believed to have a meaning in regards of one’s health, prosperity and lifespan.
According to Metaphysics, the number of lines you have on your wrist also represent your lifespan.

Very few people have a fourth line, most everybody only have two or three lines.

Now take a moment and look at your wrist, how many bracelet lines you have?

– Here’s what each line mean.

The first line, if it is properly formed, deep and unbroken indicates that this person is in good health and fit, if the lune is fade or can be barely seen that means this person is indulgent and reckless.
The first line is also considered the most important like according to metaphysics.

The second line, usually represents, wealth, prosperity and happiness, the line should appear straight without gaps or chain like appearance.

The Third Line, represent the fame and reputation of an individual, the deeper the line appears the more fame that person gain in life. 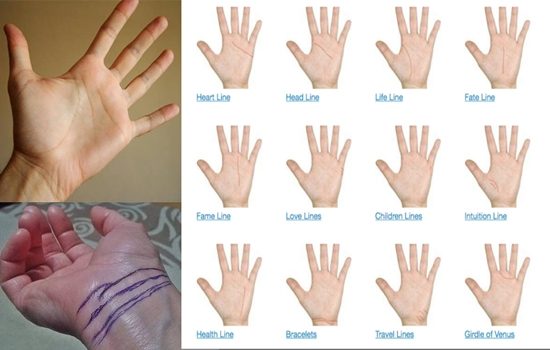 What Happens to Your Body When You Don't Drink Water

What You Can Do To Get Rid Of Cold Sores

4 Types of Men You Should Not Start a Relationship with

Look beautiful in the morning with these 3 overnight tips!

Great Ideas to Substitute Ingredients You Don’t Have

7 Ways Laughter can Improve your Health

High Metabolism Rate At All Ages Specially Over 40s