Fibroids is a non cancerous tumor growing in or around the uterus, and it was estimated that most American women is likely to develop fibroids during her life time.

The causes for fibroids remain relatively unknown scientifically however it mainly occur amongst obese women and women between the age of 30 and 50 and even though it is mainly not life threatening, fibroids can adversely affect the woman’s life quality. Below are the most common symptoms for fibroids to look out for.

2- Pelvic Pain.
If you experience Pelvic Pain outside of the time of your period it could be an indicator for fibroid growth, very large growth can form pressure on the Pelvic area and the areas surrounding it causing a menstrual like aches and bloating.

3- Unusual Urine Patterns.
Fibroid usually tend to grow very large which cause a pressure on the organs near by the uterus like the bladder, that pressure causes a frequent and usually painful urination that passes only a small amount of urine.

4- Painful Intercourses.
Woman having fibroid tumors can experience an acute pain and discomfort during and after intercourses specially if the tumors are growing around her uterus or on the cervix which connects the uterus with the vaginal tube. 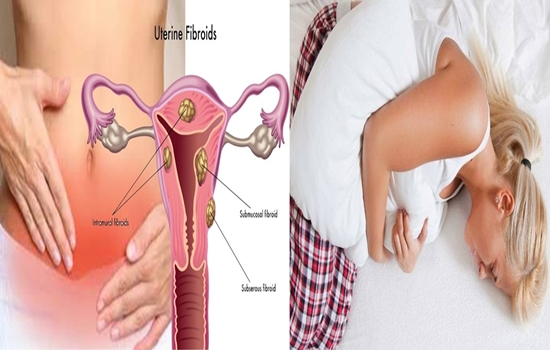 Signs That Your Vagina Is Not Healthy

Why Your Sleep Get Disturbed Often.

Three Worst Foods For Your Skin

Disturbing Facts About Spinach And Other Leafy Vegetables