The Kwai River Bridge or the death railway trip as in is known in the world,is a Thailand’s historical tourist attractionthat was built during the World War II. The bridge was built by Dutch, American, and Commonwealth prisoners of war as a Japanese war strategy to connect Thailand with Burma. However, this place becomes a wonderful and tranquil tourist attraction.

The Bridge connects Ban Pong in Thailand with Thanbyuzayat in Burma and consists of three pagodas pass. Itis known as the death railway because about 80 to 100 thousand civilians and 13 thousand prisoners of war died and buried under that bridge.The Bridge may be called as death railway because it is built on the river and beside dangerous cliffs. After the war, the bridge was used as a transportation cargo to India.

Nowadays, the bridge becomes a walkway with platforms on the two sides and a famous tourist destination in Thailand. Every year, a commemoration festival is held on the Bridge accompanied with folk performances, light and sound shows, historical and archeological exhibitions, in addition to the different entertaining activities.The whole town turns to be a wonderful tourist attractionbecause it has a popular resortand several riverside restaurants to serve the tourists who come to see the fascinating scenes of the mountains, forests, caves, waterfalls, and national parks.

Most of the tourists come to this place because it becomes a peaceful and tranquil destination with its natural views and prevailing agriculture activities. The serene look of the river, waterfalls and reservoirs in addition to the simple resort and riverside restaurants will let you get rid of the negative energy and refresh your mind and spirit to receive the life with a new vision. 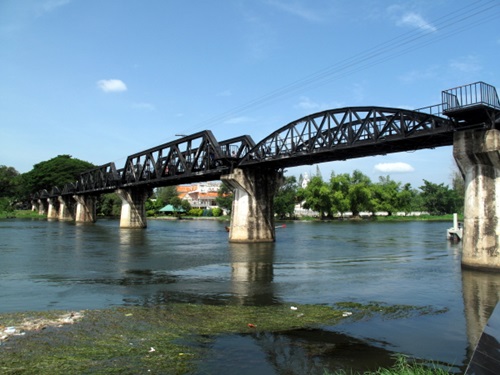 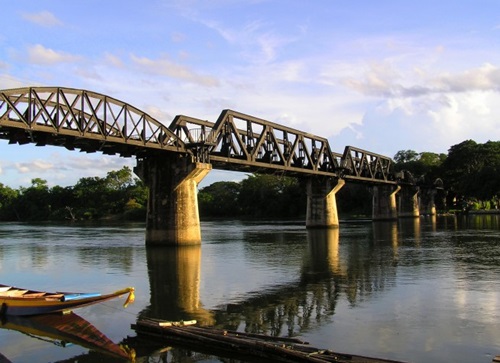 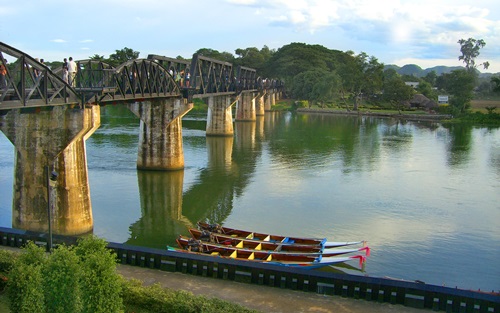 How to Eat Less and Feel Full

How to Eat Less and Feel Full

6 Amazing Ideas for Painting Your Bedroom

How to Cross the Laos Cambodian Border Safely

The Importance of Travel Agencies in Organizing your Trips

Top Ten Most Populated Countries in The world

Tips for a Wonderful Trip in Orlando Theme Parks

Tips for Riding Motorcycles Safely on the Highways

Things to See and Do in Paraguay – South America

Wonderful places to visit in The UK

The Most Popular Singapore Tourist Attractions