What Is Serotonin? Serotonin is a neurotransmitter that is often called the “happy molecule” it helps in stabilizing healthy sleep patterns as well as maintaining a positive mood.

It is even us to treat depression, this is because it was reported that people who have depression also have low levels of serotonin, studies showed that, serotonin levels have an effect on one’s mood and behaviors and normal or high levels of it is linked to good mood and living long.

Serotonin is synthesized from an amino acid called tryptophan, there are many foods that contain tryptophan in good amounts, but does that mean that by eating plenty of foods that have tryptophan you will have more serotonin levels hence fell happy?

The link between tryptophan and mood is a part of the food-mood connection.

Carbohydrates are specially good because they increase the production of insulin causing a better absorbance of tryptophan and other amino acids. You can make this fact work for you by mixing foods rich in tryptophan with carbohydrates to get a serotonin boost.

Foods rich in protein, riboflavin and vitamin B6 all tend to contain high amounts of amino acids including tryptophan, but unfortunately boosting serotonin is not just as simple as eating tryptophan rich foods.

The tryptophan you consume have to compete with other amino acids to be absorbed by the brain, so in most cases there won’t be a very noticeable effect, this is different to tryptophan supplements which do have an effect on the mood and serotonin levels.

Are Carbohydrates The Solution?

While tryptophan foods won’t help much in boosting serotonin on their own, carbs can help you feel happier. There is a reason why Mac and cheese and pasta are considered comfort food.

It is possible that mixing healthy servings of tryptophan rich foods and carbohydrates can boost your mood.

However this shouldn’t encourage you to indulge in carbohydrates and cause your body to gain weight, moderation is the key, obese people are also more prone to depression, plus you need to make a healthy mix between foods rich with amino acids and carbohydrates. 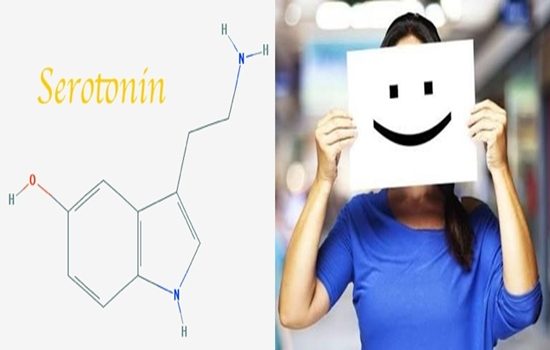 10 Handy Tips to Lose 5kgs without a Diet

Why Your Diet Makes your Mood Bad?

The Top 4 Reasons Why Your Diet Doesn’t Succeed

10 Handy Tips to Lose 5kgs without a Diet

Why Your Diet Makes your Mood Bad?

The Top 4 Reasons Why Your Diet Doesn’t Succeed

The 4 Most Powerful Fitness Benefits Carrot Juice Could Get You

Seven Ways To Boost Your Memory

How to Get Rid Of Obsessive Fear

Get Rid Of Back Fat and Underarms Flabs With These Exercises

Unsafe Plastics That You Need to Avoid