1- He thinks that lying is a commendable behavior. Or that it is funny to see other men trick their partners by lying. You will also find out that it is very easy for him to lie in the most simple situations that are definitely not worth lying.

2- One of the signs that will tell you that your partners lies naturally as if he is breathing is that he has an answer for any question, whatever it may be. This means he has been through endless situations where he had to lie and thus he is already prepared with countless convincing scenarios. Such a guy is definitely a no-keeper.

3- Some guys show the usual signs children show when they are lying. In other words, they might fidget, stutter, avoid eye contact, scratches his arm or his head etc. This type of guys is not used to lying, so you might want to give him a chance, or maybe look for the reason for lying.

4- He “looks for witnesses”, or in other words, he calls or checks with his other lying friends. So if you find it becoming some sort of a habit that you ask him where he has been and he says I was with this guy and you can ask him, then he is mostly lying.

5- He might usually think that you lie. Liars and cheaters have this trait. If he is lying he would think why would others be any better?

6- He might become aggressive. This means when you confront him with his lies or catch him doing it he becomes suddenly aggressive and starts yelling, and might even start laying the blame on you. 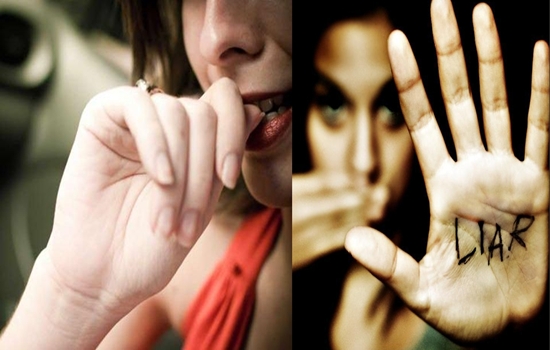 The 5 Most Obvious Signs of Immaturity in Romantic Relationships

Watch How the Media Is Deceiving You about Weight Loss

10 Tips for the beauty of your feet

3 steps to take the perfect selfie!

The 5 Most Wonderful Lessons Your Children Can Teach You

How To Treat Swollen Fingers Problem

Do you look older than your age, what are the causes and solutions?