First of all, what is negativity? Or who are negative people? Negativity is what you can call being a wet blanket in informal terms. Negative people are those who are depressed and depressing most of the time. They complain about everything that faces them and are always miserable and unhappy about something. You should learn how to interact and deal with such people or you will find your morale and energy seeping away from you each time you meet them.

1- Strength is indeed in numbers when dealing with negative people. Have (drag) someone with you when you know you are about to interact with someone negative. This way, negative people will not be able to concentrate on being negative and might be more hesitant about practicing their negativity in front of a group of people.

2- Simply avoid them. If the negative people are someone like your neighbor or your coworker you can do simple things to avoid being around them when they start their negative rant. For example, say that you are really late for a life or death matter, or have your phone set to fake call when you are with them.

3- Avoid personal topics. Do not EVER ask a negative person about their life and achievements. Pick lighter subjects to speak about like celebrities, the news hobbies…etc.

4- Define a pattern. It is sometimes helpful to resort to scientific approaches when solving certain problems, one of which is interacting with negative people. If you notice a pattern in which they start talking negatively when triggered by certain subjects, avoid such subjects.

5- Sometimes, negative people do not speak harshly or critically about things because they hate them. It is just how they are like. So, you can point out to them that they are negative and hope they would change, otherwise just undermine the things they say.

6- Show them the full half of the glass. If a negative person around you starts to criticize something or pinpoint what’s bad about it, you can pinpoint what’s good. Try to make them see things from a different spectacle. 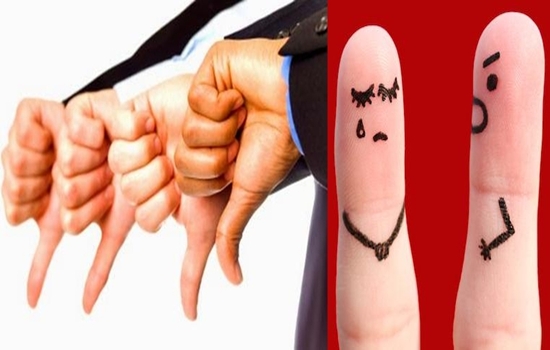 7 Foods You Need to Avoid to Prevent Inflammation

Whiten Your Teeth In Under 30 Minutes With This Natural Remedy

MORE ABOUT THE SIGNS THAT YOU HAVE FOUND YOUR SOUL MATE

How To Get Pink Lips Naturally

Great Tips to Brighten up Your Life with Good Luck

Your Baby Has Cradle Cap? Learn How to Treat It in 6 Simple Tips

SUCCESS TOOLS PART I: POSITIVE THINGKING THAT FOUCSES ON THE BRIGHT SIDE OF LIFE

5 Ways in Which Dates Are Similar to Job Interviews

Seven Signs You Are Eating Too Much Sugar