ACE K is made of a potassium salt containing methylene chloride and is usually found in sugar-free chewing gum, sweetened yogurts and alcoholic drinks. The body cannot break down this ingredient which has a negative effect on metabolism and may cause some types of cancer.

Saccharin was believed to cause bladder cancer in the 70’s but then the FDA stated the faultiness of that claim. Saccharin is found in children’s medications; however, saccharin is believed to upset the stomach, cause photosensitivity and increase the risk of cancer.

Since its FDA approval, aspartame has been used in about 6,000 foods and drinks and 500 various medications. There are studies that suggest that this artificial sweetener is carcinogenic. Pregnant and breastfeeding women should avoid aspartame completely because it gives children metabolic syndrome disorders which lead to obesity.

Sugar alcohols like xylitol induce allergic reactions for certain people. Other side effects of these sugars are diarrhea, bloating, cramping and gas. Xylitol are used to sweeten sugar-free breath mints, and are used in over-the-counter laxatives.

Sucralose is one of the most dangerous artificial sweeteners because it is chlorinated sucrose derivative. The composition of sucralose can break down under high temperatures to produce toxic chemical compounds called chloropropanols. Consumption of this sweetener by rodents and humans was also found to mess with insulin and glucose levels. 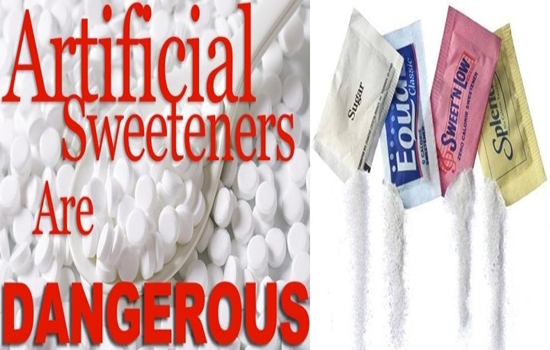 How to Avoid Getting Fooled by Food Labels

Other Brilliant Uses Of Listerine

The benefits of apple cider vinegar in the morning

5 Simple Ways to Wake Up Happy

THESE SIGNS REVEAL YOUR BODY’S NEED FOR A DETOX

5 Things Your Boss Never Wants to Hear from You

How to Make Greek Yogurt at Home in 7 Steps