In a study, when a significant percent of women were asked for the reasons of their divorce or messy breakups, they answered: “he was “this” or “that” type of guys”. So what exactly is “this” and “that”? They are what you label certain guys you should avoid having a romantic relationship with at all costs, such as:

1- The first type of guys a woman should not start a relationship with, or rather flee from is what I call a “leech”. It is that cheapskate of a guy who tries to use you and has no qualms about taking money from you. He would borrow money from you often and without shame and would try to skip on paying the bill or at least try to go Dutch. Even if you have tons of money, this guy is definitely someone you don’t want in your life.

2- Another guy you should avoid romantic relationships with is the one freshly scarred by a surgery, ehem! Sorry I meant by a relationship, or what you commonly would call a rebound. With all due respect to Catherine Zeta Jones’s movie, those guys are a recipe for total emotional disaster.

3- The martyr or “the world has done me tons of wrong” guy is one I especially hate. Why? Because he is a guy that thinks that sitting and weeping over mistakes is more comfortable than fixing them or learning from them. Even strong women want to lean on their guys sometimes but you cannot lean on such a guy.

Choosing a man to start a relationship with is the one case where you should definitely be picky, so choose your man wisely. 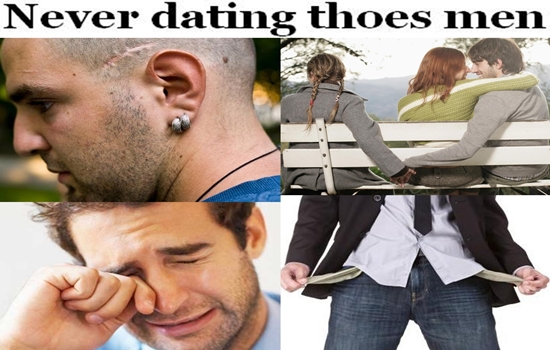 AN OVERVIEW OF WOMEN’S UNREALISTIC EXPECTATIONS FOR MEN

AN OVERVIEW OF WOMEN’S UNREALISTIC EXPECTATIONS FOR MEN

MORE SIGNS THAT YOU ARE DOING WELL EVEN IF YOU DON’T THINK SO, PART II

How To Use Ginger To Reduce Belly Fat

Neat and Handy Tips for Using and Cleaning Your Bathroom

The Top Most Effective Strategies in fighting binge eating

5 Things You Should Do Regularly to Avoid Having Bad Breath